Sad news from the front!  The Siege of Port Arthur, Supercampaign V, is finally at an end!  Last night, Ollie, Kieran, Mike and I got together to enact Paul's final campaign order.  1st Division was ordered to storm the defences of the Russians and force an end to the siege.  An explainatory note - Hill 203 fell in September 1904, and since then pressure has steadily been applied.  The Russians were on the brink of starvation, but still inexplicably refused to surrender, forcing Paul's hand to a final assault.

We fought a 2mm game to determine how long the Russians could hold on for - not long, as it turned out.  After three turns the defences collapsed and most of the defenders fell back towards the town.  However, with a cunning but risky flank march, the Japanese managed to sieze the town with a bloodless coup de main.  We then fought a quick 28mm Trench Raiders game to decide what happened to the dramatis personae when the Russian HQ was overrun! 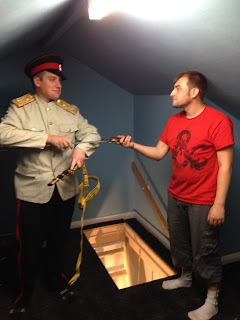 There we have it!  An inevitible, inexorable end which was foreseen from the beginning - but thoroughly enjoyable nonetheless!  My thanks to all the participants, in particular Paul for his engagement and enthusiasm, and Mike for his dutiful field command of the Japanese forces.

Ollie and KB were magnificent colonels, really engaged in the whole campaign despite very busy lives for all of us.

This campaign didn't quite pan out how it was originally intended, mainly on the admin side, but I think it worked out well in the end.  Three months of very enjoyable manoeuvre, countermanoeuvre and battle.  We still of course have the final chapter to wargame as an epilogue, which is the fate of the few Russian ships that managed to escape the harbour. 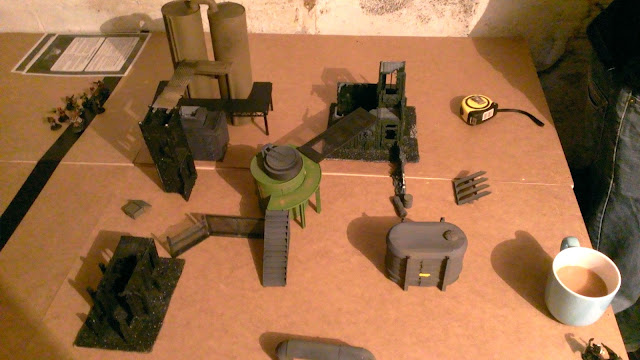 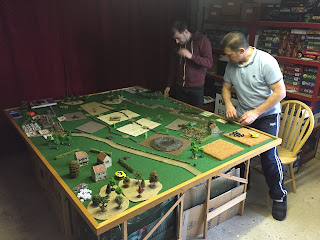